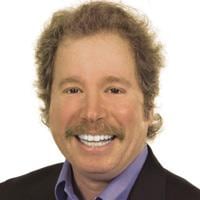 Mike Barlow is an award-winning journalist, author, ghostwriter, and communications strategist. Mike's eighteen-year career in daily newspaper journalism included stints at several respected suburban newspapers, including the Times Herald-Record , the Journal News , and the Stamford Advocate . His feature stories and columns have appeared in the Los Angeles Times , Chicago Tribune , Miami Herald , Newsday , Hartford Courant , and other major U.S. dailies. Mike lives in Fairfield, Connecticut, with his wife, Darlene, and their two children. He is coauthor of Partnering with the CIO: The Future of IT Sales Seen through the Eyes of Key Decision Makers .

By Mike Barlow and Cornelia Levy-Bencheton

By David B. Thomas and Mike Barlow